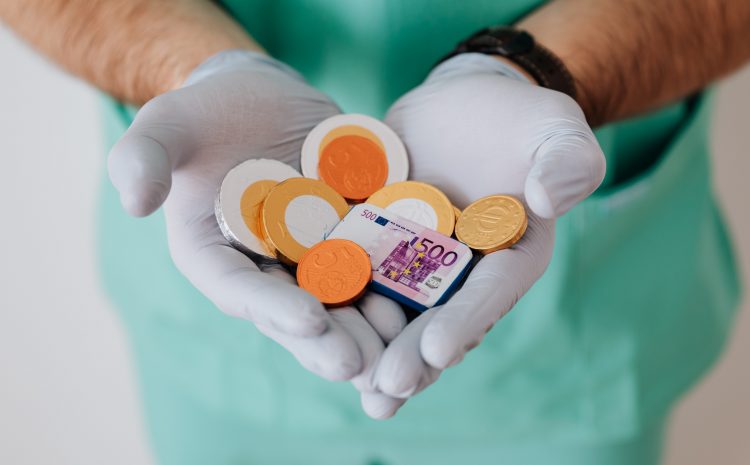 Medical insurance can protect you from financial ruin after hospitalization

The story about Michael Flor and his $1.1 million hospital bill for a Coronavirus treatment became viral. It is an excellent example of how medical insurance can save one’s financial situation after doctors have saved one’s life.

When money decides about life and death

It is well-known that hospitalizations with overnight stays are extremely expensive, especially in the USA. Michael was very much aware of that. Still while being hospitalized and fighting for this life, he said to this wife, “You gotta get me out of here, we can’t afford this.”, well knowing that this might mean that he will not survive the virus. Unfortunately, the situation that Michael Floor found himself is not unique, nor new. Very often whether someone can afford treatment or not decides between living and dying. Naturally, those who can afford to pay for it have much better chances of surviving compared to those who can’t.

“You gotta get me out of here, we can’t afford this”

Huge R&D investments in healthcare make it possible that today, health conditions can be treated or healed that used to be a death sentence only a few decades ago. A wonderful example are modern AIDS and cancer treatments. But the list is much longer: Vaccines, antibiotics, surgical advances and advanced heart disease care are some further examples where large investments in healthcare research and technology have brought innovations that allow us to live longer and healthier than our parents and grandparents.  Healthcare costs worldwide are increasing at an annual rate of 7%. Thereof, the investments in medical technology are estimated to make up for 40-50% of the annual cost increases. The cost to develop a new prescription medicine that receives marketing approval is estimated at an average of $2.6 billion. As a consequence, state-of-the-art medicine and treatments offering best and highest recovery chances are extremely expensive and can only be afforded by those who have enough money. Or those who have good health insurance.

Health insurance as a substitute for money

Michael Flor was lucky, he has health insurance including Medicare and therefore will be fully covered for the $1.1 million hospital bill. If he would have not had health insurance, this invoice would most probably have ruined his finances for a lifetime. To redeem such debt, most people need to pay off continuously during their whole life. Unfortunately experience shows that medical invoices with such extreme amounts are nothing unusual.

Having good health insurance is a substitute for having a lot of spare money, allowing benefit from state-of-the-art medical care paid by the insurance company. However, here it is important to ensure that the annual health insurance limit is sufficient enough. Insurance companies offer a wide range of options which range from a cover limit of $50’000 up to options that are unlimited in their reimbursement maximum. It is recommendable to ensure that one’s medical insurance has a limit of a least $1’500’00. Once the cover limit is reached, all further expenses for the insurance policy period, usually one year, have to be paid out of one’s own pocket. The insurance premium to upgrade to insurance plans with a higher limit usually comes with a marginal higher insurance premium compared to the costs that can one is facing when requiring good medical treatment.

The Rise and Rise of Health Power in a Pandemic World

Does vitamin D support the body’s own COVID-19 defence?

Webinar with Henley & Partners – Freedom, Health, and Wealth – How to secure the three most valuable assets

We are here for you:

Receive the latest insights on how to protect your health. Unsubscribe anytime.